Mars Base Command - Status of Gamma 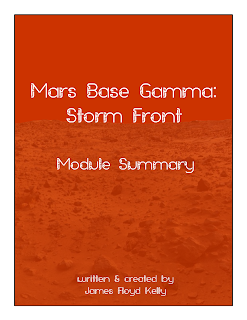 I hate to make excuses, but I've had quite a few projects going on the last few months (not just the FLL book) that have slowed me down a bit. Mars Base Gamma is almost done - almost. I was really hoping to have it completed and ready by August 30, 2008 but unfortunately it's going to get pushed into September. I originally gave myself 3-4 months for each module and got overly-optimistic that I could release them faster. Rather than rush them out the door and risking errors, I'll ask for just a bit more time to get it done.

Some details on Mars Base Gamma:

* More "small missions" - a total of 8 objectives with a better mix of easy/medium/hard
* Once again, all missions/models will ONLY require 1 LEGO Education Resource Set, no more
* Mission Mat has been enlarged just a bit and will be provided in color and black&white PDFs

Thanks for your patience - I'm almost there.