As many of you would remember, as part of the 10 year celebration of LEGO MINDSTORMS, two AlphaRex robots set off in April 2008 starting with the Atlanta world Festival, USA.
Since them the two robots have been clocking up the frequent flyer points as they manage to travel around the world and meet really cool people and stunning places.

One of the two AlphaRex robots made it to Auckland, New Zealand this month and he just loves it here. Part 1 of his pictures just went up on the LEGO MINDSTORMS web site: 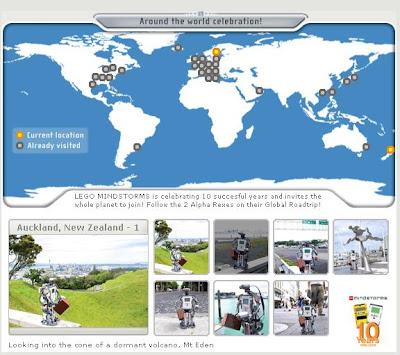 More pictures of AlphaRex coming soon to the LEGO MINDSTORMS web site .... In the mean time here is couple of pictures from the LEGO web site of the AlphaRex in Auckland city at lunch time: 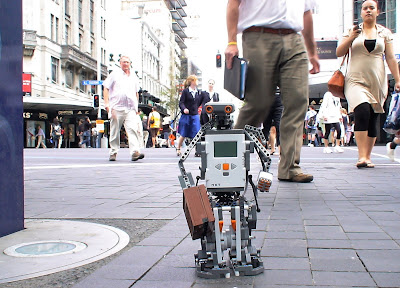 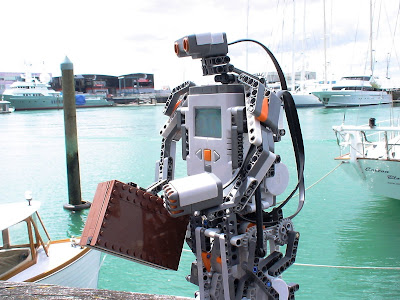 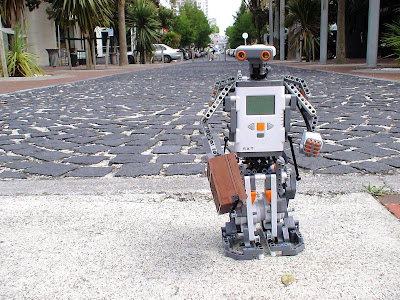 Anonymous said…
I take it he's staying with you, Kiwi?