Saturday 31 January in Utrecht was the Dutch FLL Final, in total more then 250 teams competed and over 2500 visitors were present.
The polar bears from Hillegom won the first price, and are invited to go to Atlanta. 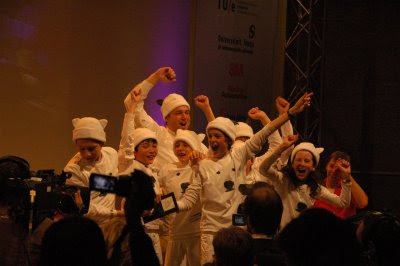 The below team (windkracht zeven also form Hillegom) won the second place and with that a ticket to the Open European Championship in Kopenhagen (DK) in May. 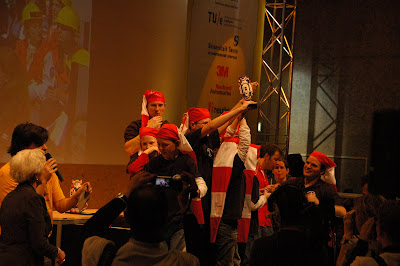 The team that won the third place (WereldWierdeWijs from Almelo) will have their project worked out in real. 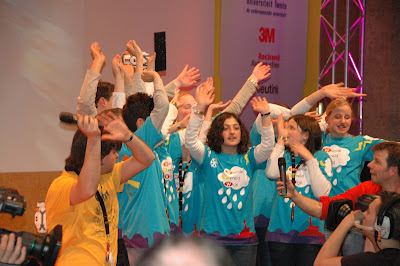 Team watt build this impressive robot that could do all but 3 missions! 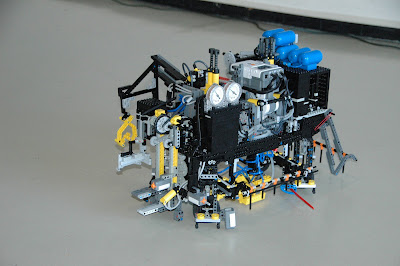 This robots was featuring a real interesting principle called MOT, (Main On Top).
They say that removing and attaching parts during the game costs precious seconds, this robot has one part that can be swapped within a split second It might be the difference... (Two members of team Watt, and their robot)

MOT motor and NXT, this unit can be pulled and placed in all their base robots.

Here is a movie on how to do the full house mission.


I even spotted a FTC robot. 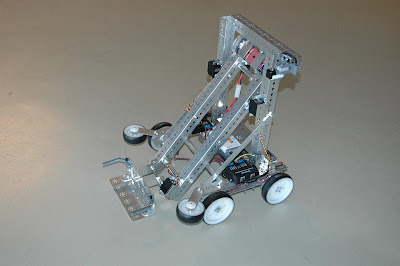 The next years theme will be ‘Smart Move’.

megamindstorm101 said…
Wow I had yet to see a nice picture of a tetrix built robot and that looks wonderful. I know this comment doesnt have much to do with this topic (well sorta) but I just want to say tetrix looks great and this makes me want to buy some. OR just skip it and buy vex. Vex is cheaper and idk cooler-ish I never tried it so I wouldnt know. :P
Feb 3, 2009, 2:02:00 PM

Robotica said…
The FTC robot was build as demo model for the dutch games.

Eric, Gerrit and I build it in 2 weeks time. Within the rules and by just using the NXTedu and Tetrix basic kit.
I consider it much harder to build a good working FTC robot then it is to build a LEGO robot