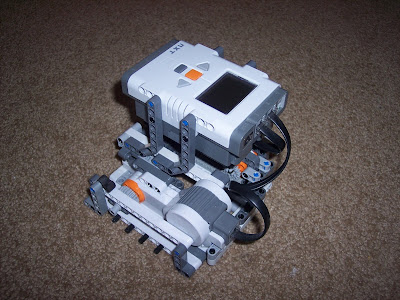 Although I've been really busy with FTC ever since the competition got underway, I've still found some time here and there to work on NXT projects. One concept I've always been interested in is the idea of making a certain number of motors able to drive a larger number of mechanisms, one at a time. So I put together a simple transmission design, in which two motors can drive each of four axles, one at a time. The first motor turns a gear which can drive gears on each of four axles. The second motor drives a rack-and-pinion system to move the first motor to across the four axles. The user can press the left and right arrow keys to switch from driving one axle to the next. 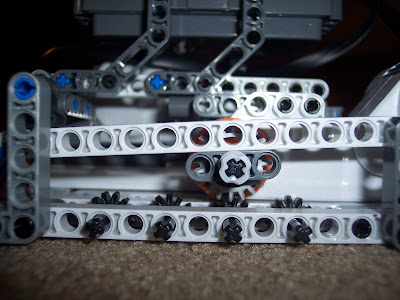 Here you can see the four axles with black gears on them, and the grey gear on the motor which drives them. 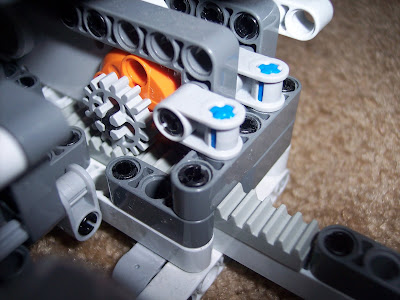 Here you can see the rack-and-pinion mechanism for moving the first motor across the four axles.

You can see a video of the robot in action below:

Although it would probably make a robot more complicated, something like this could be useful in FLL, where you're limited to three motors, since it could enable you to have more mechanisms on the robot at the same time.

Unknown said…
Nice! Maybe not really feasible for actual FLL missions, at least, not with the time alloted, but you'd definitely make a hit with the technical judges! ;)