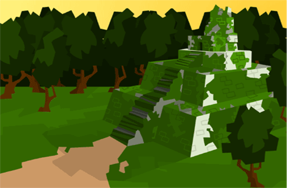 A bit of a lengthy post, but I hope you enjoy the information, pictures, and videos (links at end of post):

I have taught multimedia and web publishing for the last ten years or so for the Rutgers Preparatory School Summer Session, until three years ago, where I tried splitting up the same course repeated in each of our two-hour-and-fifteen minute periods into separate courses on "Robotics and Introduction to Programming" and "Multimedia and Digital Film." The students entering 6th, 7th, and 8th grade in the fall all take the course as enrichment (no grades, although they receive lengthy narrative evaluations halfway through and at the end of the five weeks).


I have used MicroWorlds EX Robotics as the basic program for animation, multimedia and programming, so it was easier to lean more towards making animation and game projects in MicroWorlds and small films in iMovie with the Multimedia course, and using the RCX LEGO kits two and one years ago, and then switching over to the NXT models this summer.


Since I have taught English for 35 years, and computers for about 20, I naturally lean towards finding narrative threads even in the robotics class. Three years ago our very first robot was customized into a stage coach, which inspired a several minute long Western, complete with stagecoach robbery. Two years ago, the robotics class programmed a lengthy series of maneuvers into one of their vehicles which evolved into a "Fire-Fighting Rescue Robot," complete with invading aliens and a fire threatening a forest of popsicle stick green construction paper trees. Last year, in our 14-minute film epic, "The Siege of Castle Lego," my engineers built a trebuchet with the NXT providing a lift winch and another robot raising and lowering the drawbridge, which the multimedia class turned into a French invasion of an English castle.


I am neither a native builder of LEGO robots, nor an innate programmer, especially with the newer NXT-G software, which we were forced to use with the new models. When I saw blurbs of Jim Kelly's "The Mayan Adventure" book, which provided not only detailed planning, constructing and programming directions, but also integrated the idea behind the five robots with a story line, I said, "this is a guy who thinks as I do." My big creative vision soon developed into a plan whereby my robotics class would build and program the five robots, and my multimedia class would combine their LEGO-mation style of digital film-making with live video clips of the Mayan robots performing. 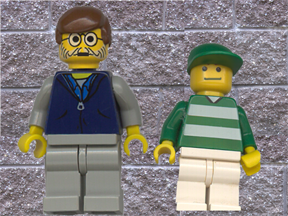 Six students enrolled for robotics (the ceiling is eight), and with three pairs of two students working as teams from the start, we had a good time frame for still having them program a video game project on-screen with MicroWorlds and some time to develop other robotic projects, but complete the five robots for the film comfortably. However, when I saw only two students registered for multimedia only a few days before summer school was supposed to start at the end of June, I feared the administration might cancel the course for insufficient enrollment. I was fortunate in two respects. My Summer School Principal, Carole Glantzow Zboray, ran the course even with the small number, and those two multimedia kids, Divya and Stephanie L, were fantastic in taking on three times the amount of work being thrown at them from the other class.


The Multimedia class began the project by the end of the first week of classes (four days that week, and then five days for each of the next four weeks). We used Jim Kelly's five chapters and epilogue to begin a storyboard, and I wrote the "audio script" adapting faithfully his original narrative into dialogue which four of my students would speak, as Uncle Phil (Neel), Evan (Jason), Grace (Stephanie G) and Max (Brian). Divya and Stephanie L scanned the LEGO figures for the characters, used Adobe Photoshop Elements and MicroWorlds to clean up the scans and convert them into transparent "turtle" shapes and to generate still images for the movie. We took it as a good omen that among the several dozen background images in MicroWorlds was a Central American (not Egyptian) pyramid.

I constructed and programmed two of the robots, the Explorobot and the GrabberBot, to get a feel for the book and to field test Mr. Kelly's instructions. Then two of my teams actually sent the robots through their paces (Brian and Abhik with the Explorobot, and Stephanie G and Depika with the GrabberBot), until we had designed a simple "set" for the tunnels, and then filmed video footage to use in the movie.


While Multimedia was continuing to find Mayan glyphs, artwork and spider monkeys (which figure PROMINENTLY in the plot), my three robotics teams started from scratch and first built, then programmed, then field tested the other three robots. Neel and Jason had early success with the SnapShotBot taking a photo, and eventually figured out how to balance the robot to move slowly enough to not overshoot the line following around the basket with the key in it (more plot action), while still having enough power to turn the heavy vehicle. 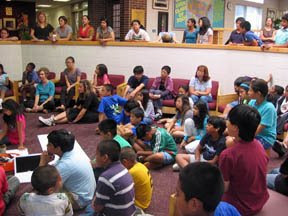 Depika and Steph G were able to use a side room within the library, thanks to Sandy Kalista's aid, and strung the twine from one window to the other for the StringBot. With Multimedia providing a bright orange Mayan border on top of foamboard to mask the library wall, the girls soon had the StringBot tooling back and forth on the twine and dropping pebbles into an earthen jar.


Abhik and Brian had fits and starts with the PushBot. They learned many aspects of using sensors the hard way, from the light sensor being too high off the floor, to the sound sensor not picking up the correct signal to putting together a series of seemingly simple procedures into one complex maneuver of pushing four statuettes onto four pressure plates. 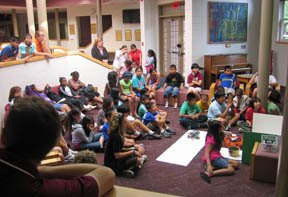 In the last week or so of classes, my two Multimedia students ran a furious race to generate enough still image scenes and spice the five video clips together into a record-breaking (for us) 30-minute movie. We were pleased with the final product, and managed to make case studies for the five robots, plus some interviews with the Multimedia students and other robotics projects.

Brian and Abhik completed a good deal of the AlligatorBot from your Zoo Animals book before time ran out. You can see a clip of Snout's jaws working, although he never learned to walk, on the same clips page as the "Mayan Adventure," towards the bottom.