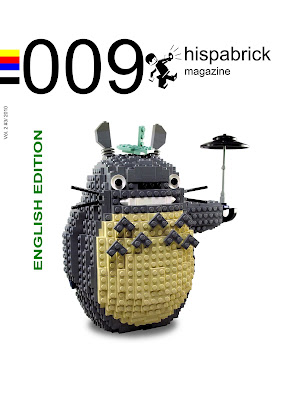 I'm very glad that the authors of Hispabrick Magazine have begun releasing an Engish version of their magazine, because it is a wonderful thing.

Hispabrick is a free, LEGO-oriented magazine, originally written for the Hispanic community. It's not just about the NXT, but there is plenty of NXT material included, such as an article on the origins of the MCP, interviews with John Hansen and Ralph Hempel, and a the second part of a tutorial on programming a PID Controller For LEGO® MINDSTORMS Robots.

Got an idea for an article? Collaborating with Hispabrick Magazine is very easy, just send an email with your ideas to info@hispabrickmagazine.com and they will help you to “build” your article. If your language is not Spanish, don´t worry, they'll find a solution.

In any case, read Hispabrick Magazine!