WALL-E5 on Mars and touched by a star! 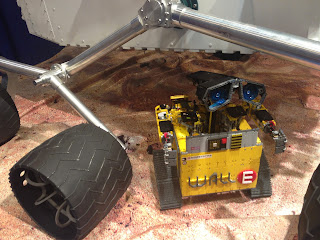 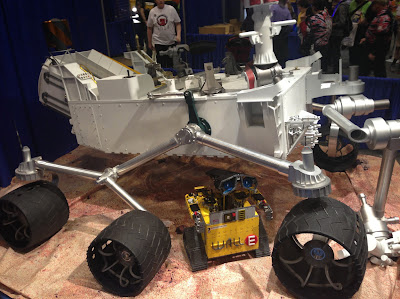 That's right, NASA had a cool booth at FIRST World Championship 2013 in St-Louis with a full size replica of the Curiosity rover! 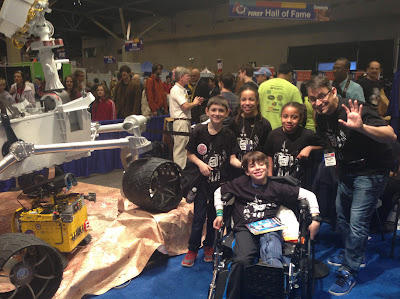 To get him to the NASA booth I got some help from the kids of Packer Collegiate Institute. 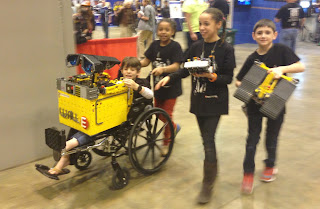 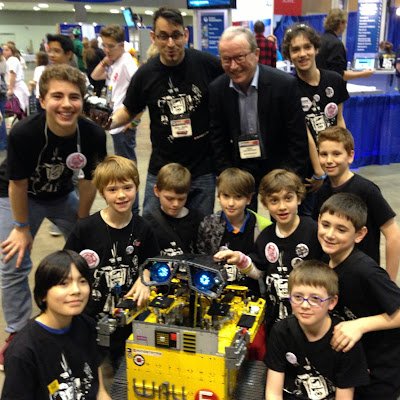 Later on that day, back at the LEGO MINDSTORMS booth we got the super visit of Kjeld (yes, the owner of LEGO)

We where honored he joined us for this group picture.


One of them even managed to get his LEGO book signed!!! 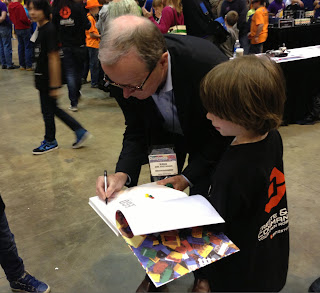 And that gave me the idea to ask if he could... 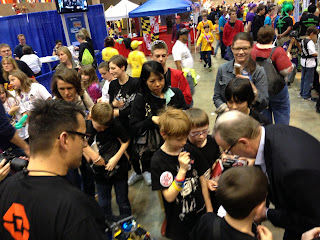 YES! so now, not only does WALL-E5 has a cool NASA sticker... 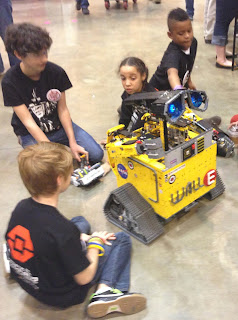 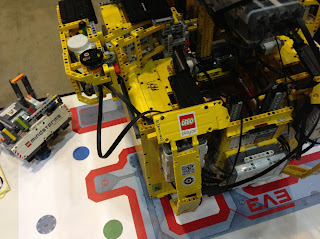 he also has an autograph by Kjeld!


I had an awesome time. Thank you Packer kids, thank you LEGO!
Rock on LEGO MINDSTORMS!!!