Skip to main content
Labels
Posted by Laurens Valk May 11, 2013 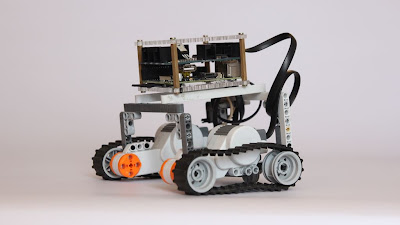 Dexter Industries has recently launched a Kickstarter for their latest project, the BrickPi. The project aims to bring the Raspberry Pi and LEGO Mindstorms together. It’s basically a shield that slides over the Raspberry Pi and allows you to control and connect LEGO sensors and motors. The project also has a case designed for mounting LEGO Technic Beams, so you can build a robot around your Pi.

The project was launched last week and has already hit their funding goal. However, they’re interested in getting community involvement and input on their design. Check out the project video and learn more about the project on their Kickstarter page. You can still make a pledge to make the project even more successful!