A group of ten enthusiastic colleagues of the Dutch technical software company Sioux Embedded Systems are working in their spare time on a fully automated LEGO® train, called Sioux .NET on Track.

The power functions train is controlled by a LEGO® NXT, the Hi-Technic IR Link sensor and Codatex RFID sensor. The LEGO® NXT bricks  themselves are remotely controlled by a PC, using an application written in C#.

The first functional protype has been on display in 2012 at LEGO WORLD in Zwolle (Netherlands).

After that, a new target has been set up for LEGO WORLD 2013, involving improved features like automatic switches and much more. 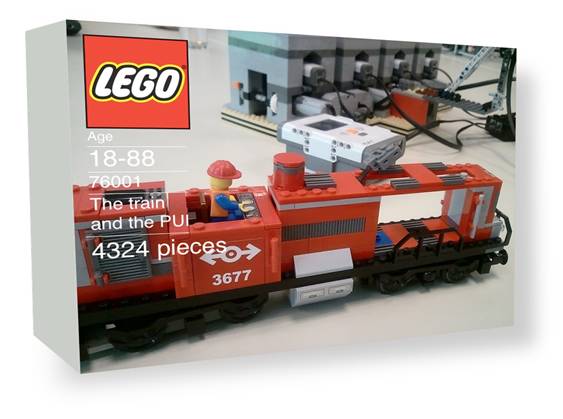 The work in progress can be found at the group's blog and Youtube channel.