Here's a guest blog post by Peter Erdie from the Codie project:

"Codie is a new robotic toy which teaches children the principles of computer coding, our mission is to help children understand how technology works.

We have created a unique visual programming language, which organizes the code of robotics into blocks. Children can easily arrange these blocks to create programs, which is then run by the toy robot. While playing, you get familiar to basic coding principles like if-else structures, variables or subroutines. The next version of the app will support Java as well, you’ll be able to export your Codie program into Java, then modify the code there and then import back to see what has changed in the behavior of the robot.

What are we doing on a Mindstorms blog? We’re planning to implement Mindstorms compatibility in our app, so you would be able to program your sets with our visual coding language! We already have plans for the 2nd generation of Codie with a special board featuring LEGO pegs, so you can connect your bricks and bring new creations forth.

Codie has gone a long way since the first version was created in late 2013, and we’re still in the development process, but we already have a few working prototypes at hand. Codie will be first available when we launch our crowdfunding campaign on Indiegogo early February, until that follow us on Facebook or on Twitter!

If you want to lay your hands on Codie as early as possible, check out our website http://getcodie.com and subscribe for our newsletter to be first to know when we launch and other subscriber-only deals!

If you want to share you have any ideas or thoughts about Codie, feel free to tell us at info@getcodie.com" 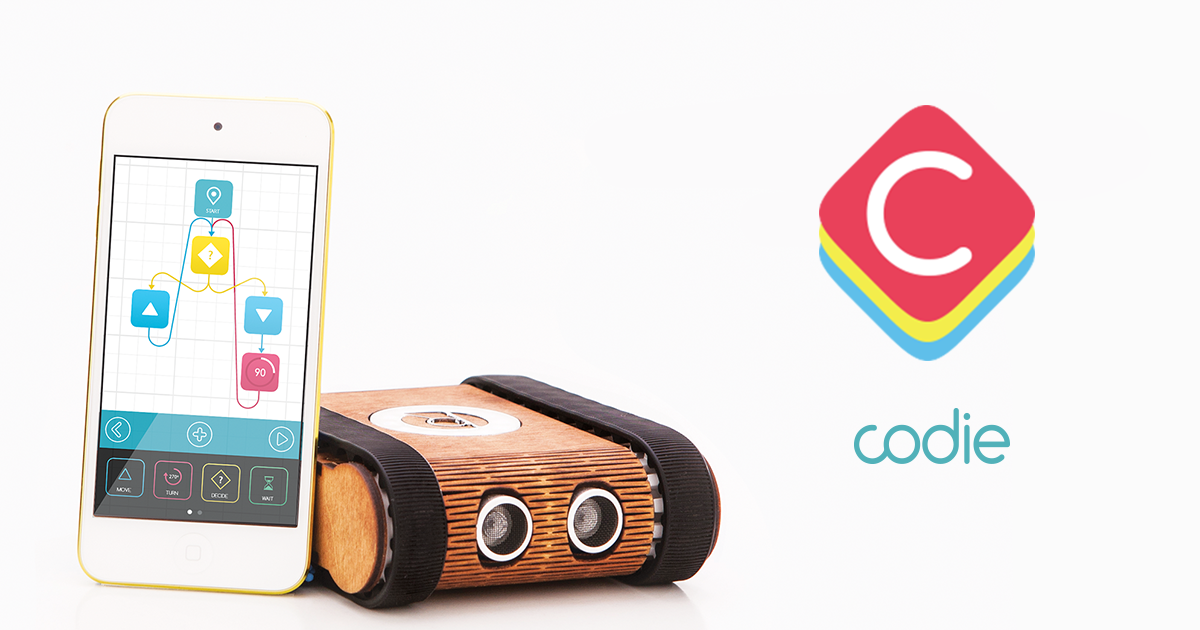