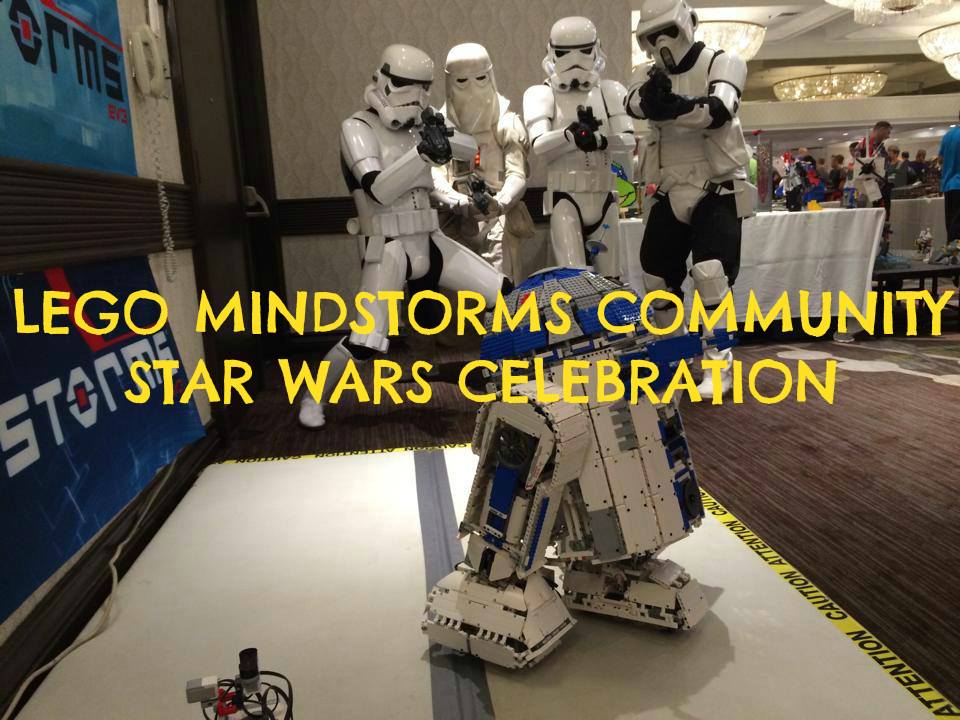 
Hello readers,
On Dec 18th 2015, Star Wars: The Force Awakens, opened worldwide. In celebration of this occasion, members of the LEGO MINDSTORMS EV3 Facebook Group helped me put together all the Star Wars robots built with MINDSTORMS. I almost brought my 100% LEGO BB-8 robot to the premier, but the programming wasn't quite done yet. Anyways, the list of robots presented here range in complexity however, all of them are are super awesome!

The first two robots I would like to display are my LEGO MINDSTORMS BB-8 robot, and Marc Andre Bazergui’s LEGO R2-D2. My LEGO MINDSTORMS BB-8 robot is based off a previous robot I built, called a WHEEL BIK3. When I first saw BB-8 in the Star Wars: Episode 7 trailers, I immediately wanted to build one. However, once I got around to researching how BB-8 moves, it became apparent I wouldn't be able to built BB-8 the way people usually do, because LEGO doesn't make smooth hollow spheres in the size needed to build BB-8. Then, the idea came to me to round out my WHEEL BIK3 and add a head. So, I ordered a ton of parts is the colors I needed and got to building. Below are my results.


I’m pretty pleased with how it turned out. It obviously doesn't roll how BB-8 is supposed to. Nevertheless, the robot looks like BB-8 to me.
Below is a video I made for LEGO BB-8. You can learn more at: http://cyruscuenca.blogspot.com

The second robot I wanted to feature was Marc’s LEGO R2-D2 robot. Marc built his LEGO R2 unit back in December, 2013.  LEGO MINDSTORMS R2-D2 transform from 2-3-2 legs configuration, can roll around, open his compartments, turn his head, and talk like the R2 from the movies. 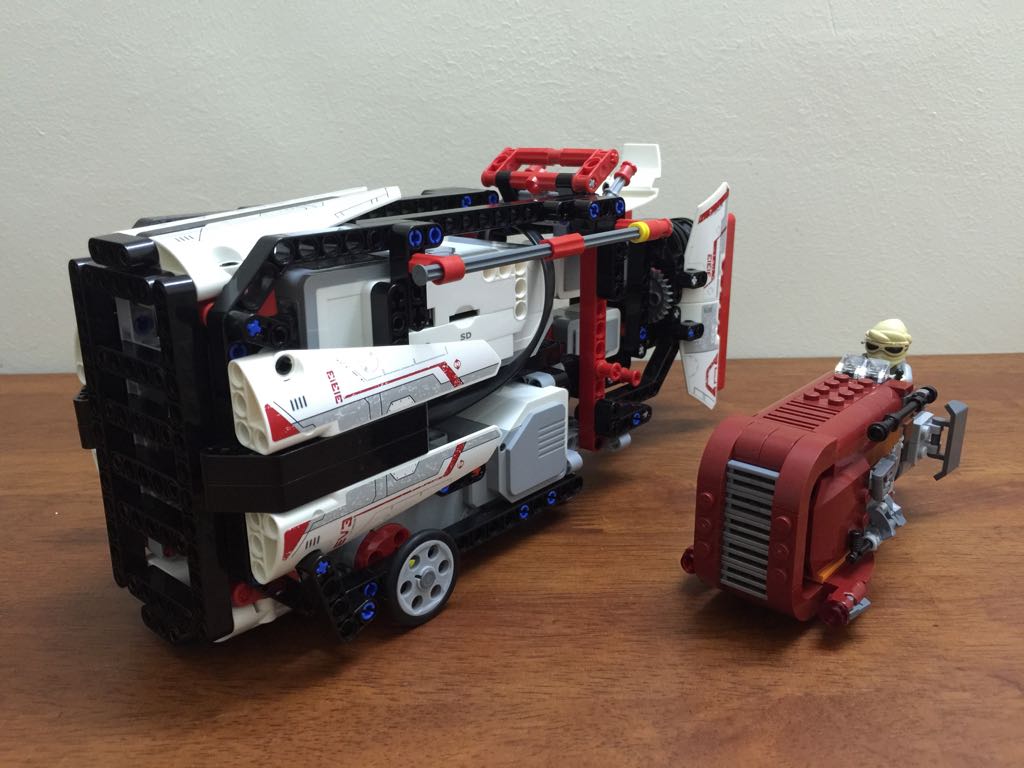 This is a picture of Ahmed’s SPEED3R. This is a replica of the(awesome) speeder Rey used to move across the deadly sands of Jakku. Ahmed also built a SNOWSPEED3R, X-WING, and TI3 FIGHTER. 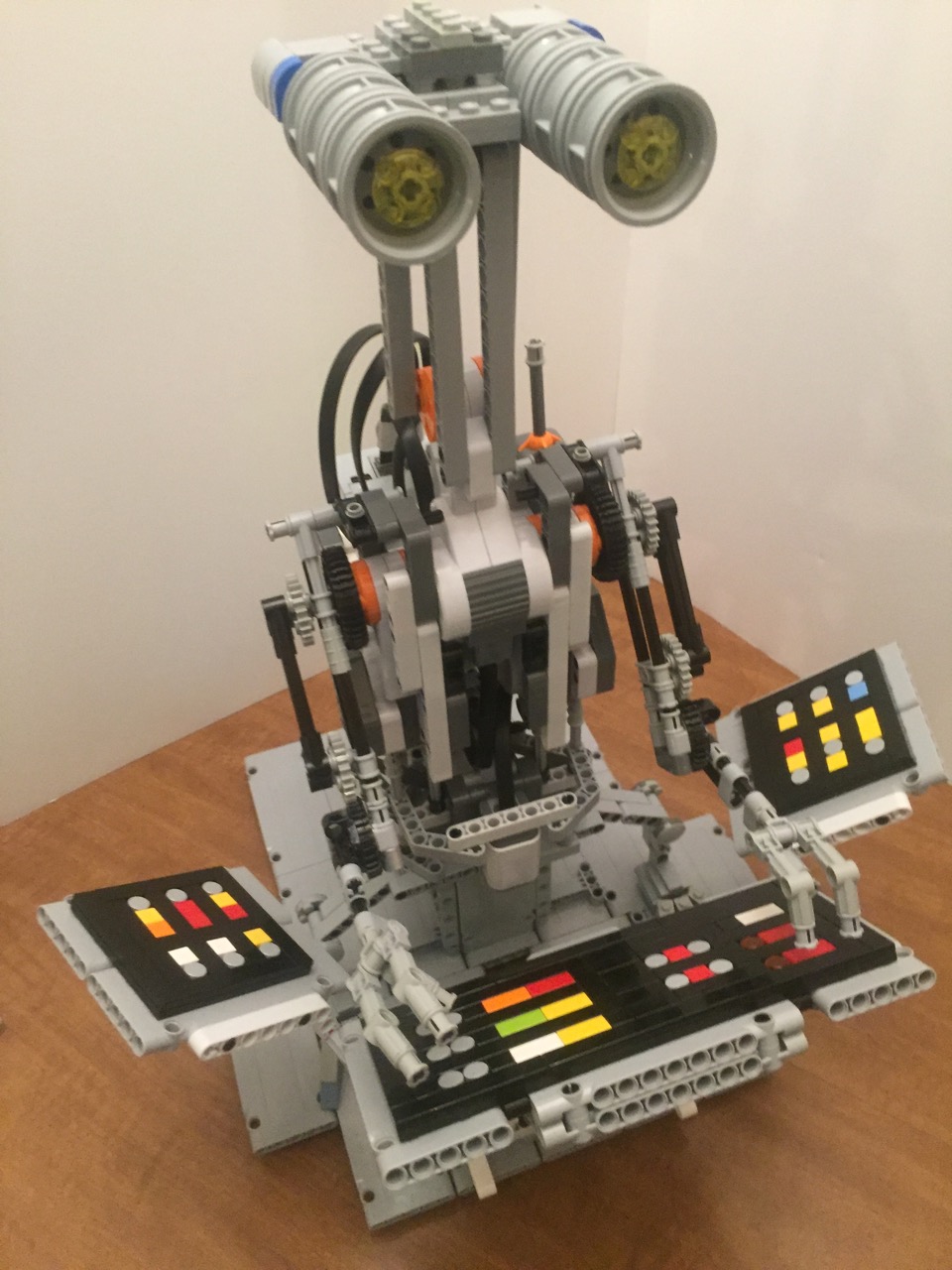 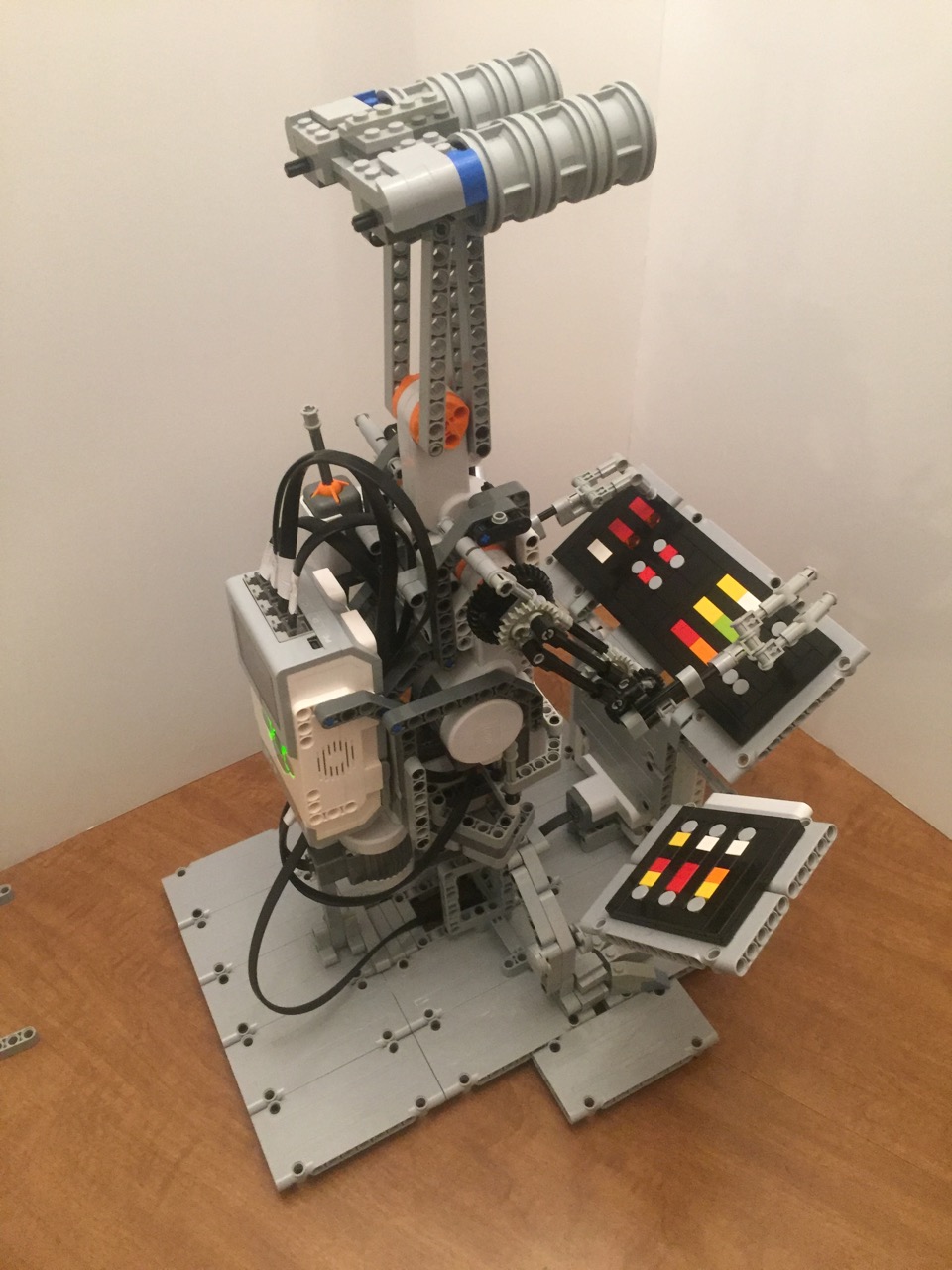 Here is a video of the G-2 "Goose Droid" using 4 motors and 2 sensors.


As many of you know, Vassilis Chryssanthakopoulos (NeXTSTORM) built the official LEGO bonus model EV3D4. He has a video available here.


His bonus model was build by many people and inspired even more, below Susanne Lauenstein member of the EV3 Facebook group is building her own version of the little droid.

Next, David Luders made the original Star Wars theme by John Williams completely in EV3-G! The program is available here.


Lastly, I would like to show a LEGO MINDSTORMS EV3 Jabba’s Palace built by PPUNG DADDY.

Thank you to the members of the LEGO MINDSTORMS EV3 Facebook Group for sending in photos and information for this post.