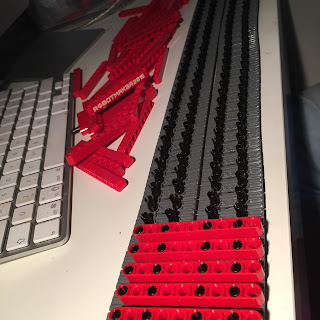 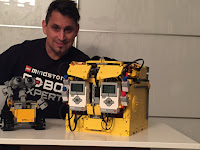 Hi guys, bazmarc here with another WALL-E robot. That's right it not my first one :) I made several popular ones back in the NXT days, namely zWALL-E4 and WALL-E5 both traveled the world going to LEGO WORLD and WRO from 2011 to 2013. Read more about those here http://bazmarc.ca/bazmarc/WALL-E.html. Later, when the EV3 came out, I decided to replicate one of them, WALL-E4 but using the new technology and because I was also working on a big R2D2 he turned out mainly white ;)   So that bring the count to 6. During this past xmas/new-year holiday I built the LEGO IDEA WALL-E kit. It was a really fun built and it made me realize that even thought the movie came out back in 2008, this cute Disney/Pixar character will always be a favorite!   So out of no where I decide it would be cool to recreate my famous transforming WALL-E5 and given the extra motor ports and medium motors of the EV3,  I could probably managed to make it smaller while having most of the same features.  So as usual, I started by the tracks.  Now keep in mind, I'm not inventing anything, I'm just applying what I've learned in the past 8 years and it showed...  i managed to finish a working model in just under 7 days.  On Jan 4th, WALL-E7 is born.

Below, a series of pictures all taken between Dec 27 and Jan 4th 2016.
Scroll all the way to the end for the latest video or WALL-E7 in action. 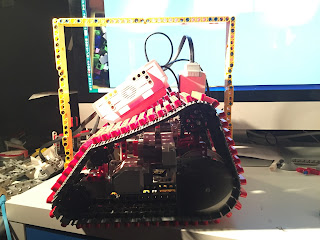 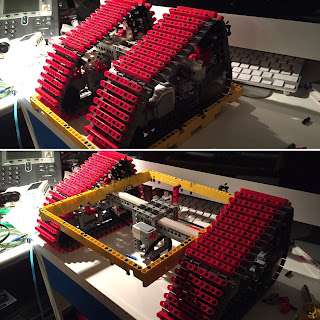 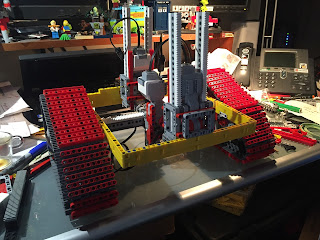 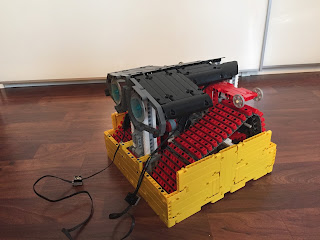 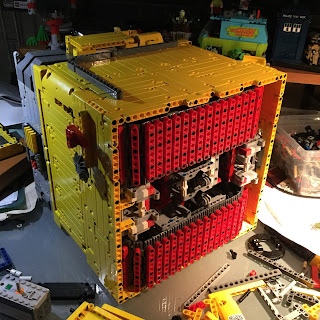 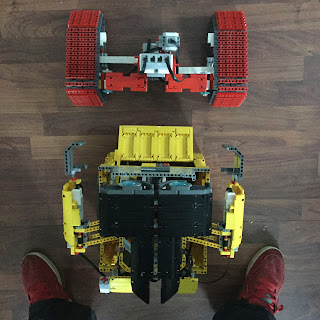 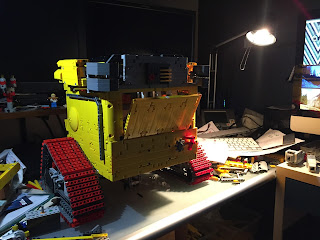 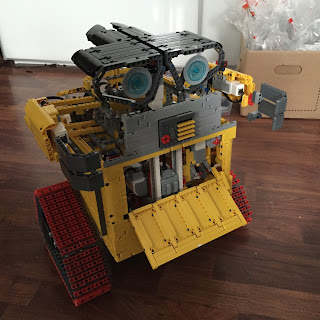 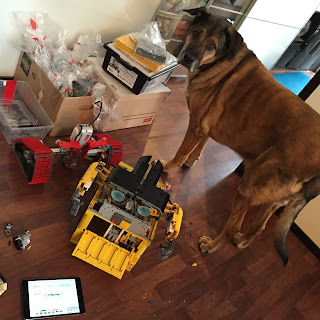 Construction is pretty much over, Edwin my dog seem to approve ;) Next up is programming, I started using the PROGRAMMER APP newly available for the retail set from the APP Store to program test the robots mechanisms. 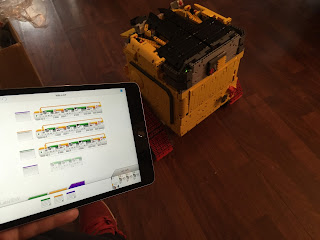 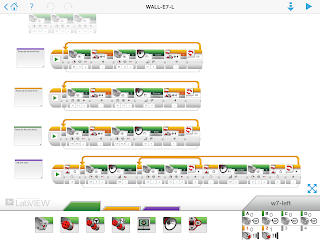 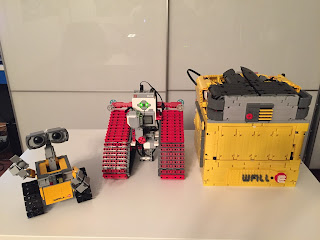 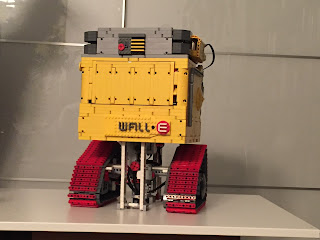 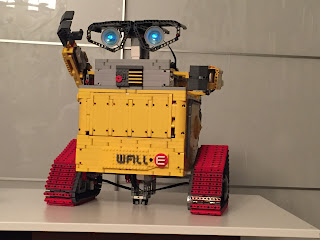 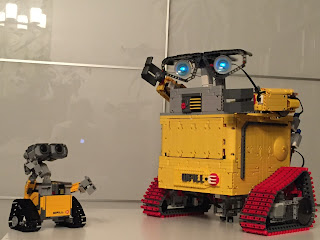 I eventually reprogrammed the remote I built for controlling R2D2 and used it for the final programming of WALL-E7,  See this video:

Now there are no building instruction but I have lots more picture and if you're interested in building something like this maybe you care to watch the 1h long bazmarc[session] hangout where I share lots of info with friends about this project.


Thanks for your interest. For those of you who happen to be in Copenhagen next week, I'll be there with this robot and EV3LYN at the LEGO MINDSTORMS kiosk. Make sure you come and say hi :)