Guest blogger Hans Odenthal share's with us an amazing project built by his son.


This was built by my son  Bram, 17yo from Trevianum in Sittard School in the Netherlands.  It was for a study project that every student has to do at the end of the secondary school. That can be any topic and since he wants to start a career as software engineer, he choose a technical subject. Within borders, you can define your own project that of course need to be approved by the school.


He was inspired during a tech event and he saw the real robots. Since my company was a sponsor of these robots, it was easy to make an appointment to meet the real robots and to learn how the real one works. 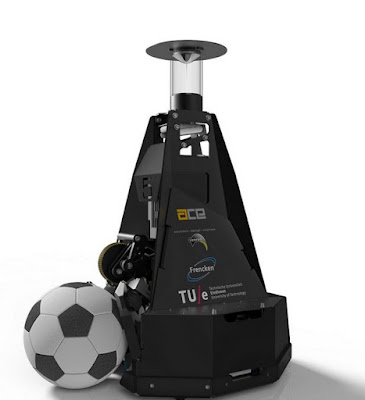 For the study project, my son wanted to know if it would be possible to build a single robot with the same functionality as the real one, meaning:
The robot has been build by Lego Mindstorms, with a total of 4 EV3 bricks, 9 large motors for the movement of the robot, a Pixycam camera for the vision, 2 large motors for grabbing the ball and 2 medium motors for the shooting. A gyro sensor is used to make sure that the robot only makes one full turn (360 degrees) when it is searching for the ball. Apart from the Pixycam, everything is regular Lego.


The result of his study project is shown on the picture below. The robot is able to drive, locate the ball (it should be in a range of 2,5 meters otherwise the camera won't see it), drive to the ball using a simple PID control algorithm, grabs the ball and shoot the ball 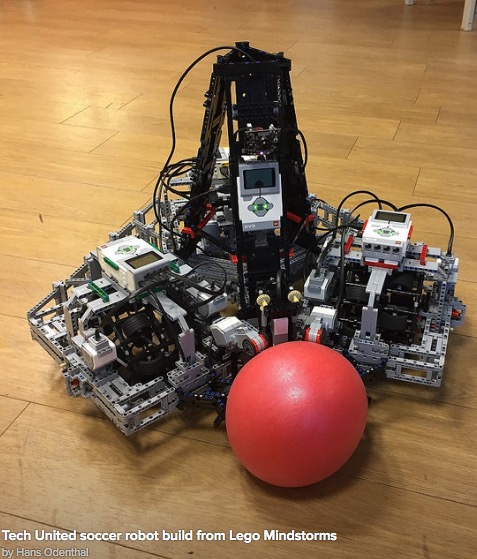 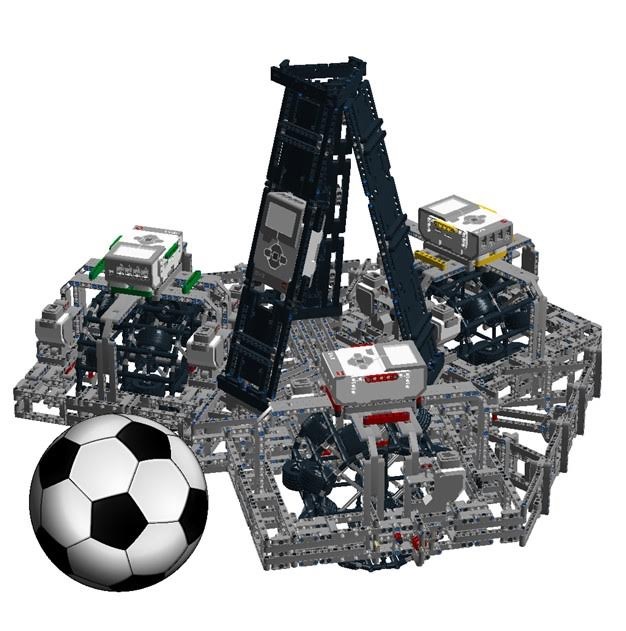 It is programmed in the normal EV3 programming environment, my son and I gives lessons in that. So programming was relatively easy for him (I helped him a bit with the PID controller).