A LEGO MINDSTORMS set brings with it infinite possibilities. There are five robots featured on the box: EV3RSTORM, TRACK3R, SPIK3R, R3PTAR, and GRIPP3R.  When you are done with those you can start to build the twelve bonus models, ranging from a printer to a silly robot named, KRAZ3. 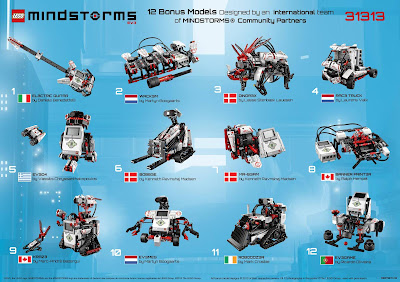 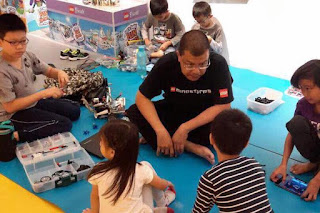 LEGO is a building block, meant to be built, taken apart and built again. The LEGO MINDSTORMS 31313 set is no different. STEM trainer, Ahmad Sahar (aka Coder Shah), from Malaysia, maximizes the potential of the 31313 set. He is a prolific builder, with seemingly no end of ideas for how to make something new using just one set. He takes the 31313 set and transforms it from an imperial walker one week, to a race car the next, to an animal the week after.

Initially, Ahmad began building with one set because that is all he had. He wanted to share a different model with his classes each week. As time passed, it became a fun challenge for him to only use the parts from one set.  A limited number of parts forces the creator to become more creative and also come up with solutions to having limited parts. His work is imaginative and clever. 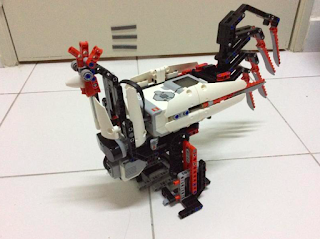 One of his best known creations is ROOST3R (PDF). It was featured at LEGO House in Billund, Denmark for the 20th anniversary of MINDSTORMS in September 2018. 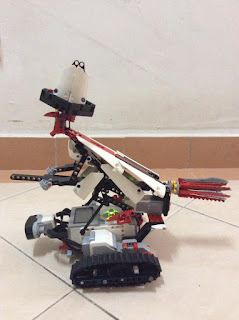 A few months earlier, the same set was transformed into a Halloween WYTCH3 riding a broom (PDF). Ahmad is able to take the same set of parts and with just a little bit of imagination build something new. Imagine what you can do with just one set!

We asked Ahmad if he had any tips for builders who also want to build with just one set. He said, "You are never going to be able to create a 100% perfect replica of anything. It's okay." The hardest part of building with just one set is the limited use of parts. Ahmad's advice is: "Be creative with how you use parts. Gears have become wheels on the TUMBL3r model, swords have become tail features on ROOST3R and WYTCH3 models, mudguards and panels have become an EAST3R BUNNY's (PDF) head and ears, and wheels are used as eyes on several models."


To see Ahmad's one-set models and get building instructions for them all, visit the Coder Shah YouTube Channel. If you are in Malaysia, you might be lucky enough to attend one of his classes too.