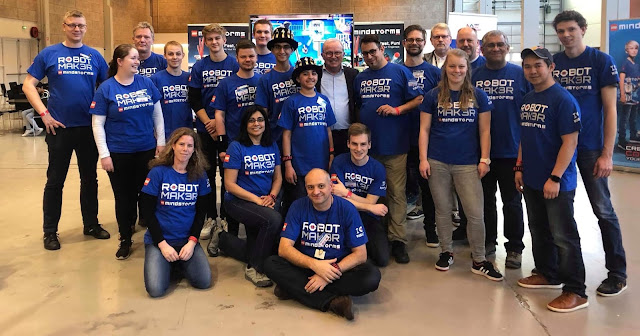 LEGO World was held at Bella Center in Copenhagen, Denmark between February 14-17. Many creators from the ROBOTMAK3RS community were featured at the event. One of the highlights was a visit by the owner of the LEGO Group, Kjeld Kirk Kristiansen. 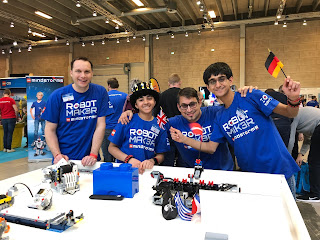 Marc-André Bazergui brought with him his newest creation, FLAG5. Visitors to the booth were able to select a flag using a dial and the MINDSTORMS arm moved to the correct flag and waved it. David Lechner brought a music box. Visitors were able to compose their own music by coloring back squares with a pen. Next, a MINDSTORMS machine played the notes back. Classics such as Twinkle Twinkle Little Star and other Danish songs were played at the event.

Menno Gorter brought with him a series of walkers. Some of the walkers can be built with just one 31313 or 45544 set. These walkers mesmerized the crowds with their intricate movements. You can read more about his walkers here. 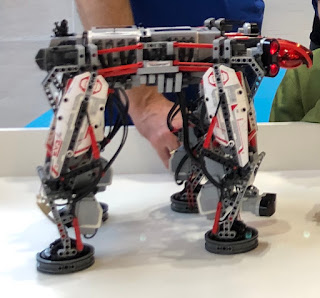 In the center of the booth were the three mighty dragons by Lee Magpili. With their moving eyelids and graceful movements, they captured the imaginations of young and old who passed by. 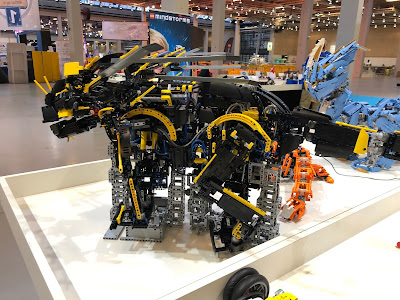 Anton Vanhoucke brought with him his Robot Remix 5 featured on this blog site and two brand new Robot Remix 6 models - a Lizard and a Mech Suit which will be featured in future posts. 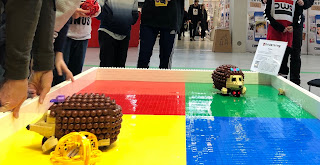 Anika Vuurzoon had a new Robot Remix called Caterpillar as well as her Hedgehog. The youngest of MINDSTORMS users had a great time taking care of their hedgehog pets as they moved from area to area. For example, when in the yellow area, the hedgehog liked to play with a yellow ball. When she was in the blue area, she wanted to be washed. Little girls and boys enjoyed interacting with the hedgehog. 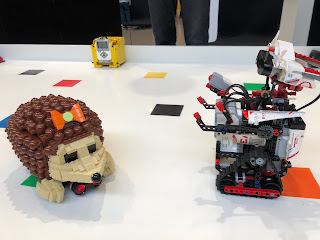 Sanjay and Arvind Seshan brought a newly updated Color Catch3r game programmed in python. The controllers used ultrasonic sensors, allowing visitors to control their players using their hands. They were inspired by their mentor, Vassilis Chrysanthakopoulos, to create these controllers. Anika, Sanjay and Arvind decided to demonstrate the power of collaboration and added new players to Color Catch3r. Anika's hedgehog and Bazmarc's KRAZ3 soon joined in on the fun.  You can watch a video here. 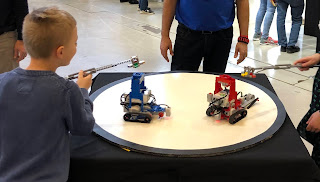 Martyn Boogarts had a novel sumo robot challenge where players could customize their robots using a collection of elements and then control the robots using magic wands. The magic wand featured different colors at the ends. When placed over the color sensor on the sumo robot, the robot took different actions. Hundreds of children and adults enjoyed playing this version of MINDSTORMS sumo.

Eric Steenstra drew in the crowds with his giant MINDSTORMS ball and cabinet filled with the twelve EV3 bonus models. He also entertained young and old by pulling wheelchairs over the four days. A parade of children followed the robot around the area! 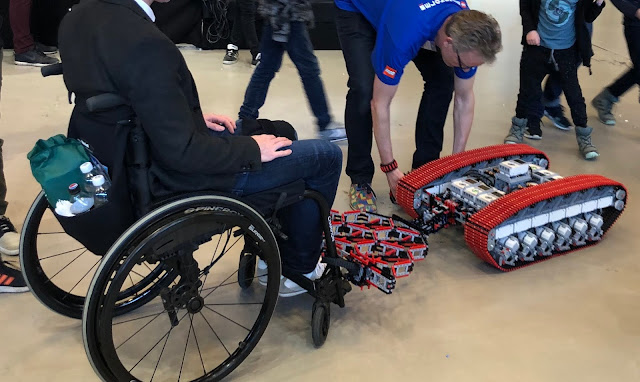 Finally, the entire MINDSTORMS team paid tribute to Vassilis Chrysanthakopoulos by wearing bracelets made with his signature elements. 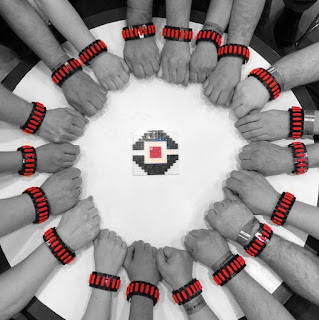