The second of 4 models designed by the community for Robot Remix #6 is called LIZARD by Anton Vanhoucke.

We asked him to tell us a bit more about how this idea came to be, his design process and challenges he faced building the LIZARD. 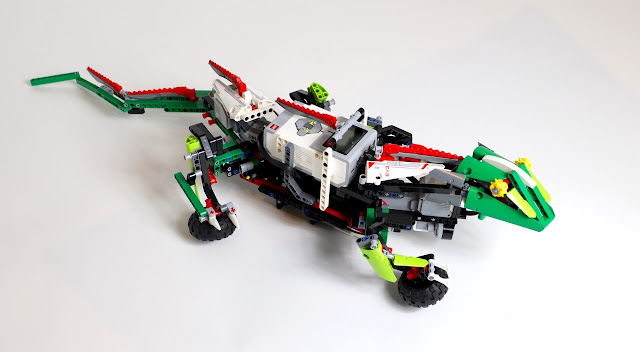 Because of the green parts in the Forest Machine I looked for green animals. There weren't many. Mostly crocodiles, dinosaurs and lizards. I figured I'd make the LEGO model curve while walking like a real lizard. I was lucky to find that the forest machine includes two turn tables! These would make for nice body joints. To be sure it would work I did a rough model in Studio and sketched over it on my iPad.

When I got the sets and started building I discovered that my Studio model didn't work. The legs needed a better mechanism and the torso twisted the wrong way. That was a bit of a set-back. I also hoped at first that it would walk with only it's legs and the tail for balance, but I had to put wheels under the belly eventually. In the end I wanted the movement to look cool and realistic, more than that it was a real walker.

The legs were the part that I redid the most. Even with the wheels under the belly they take a lot of stress, especially when the lizard walks real fast. After the stress test of LEGO World Copenhagen I took the lizard apart one last time to build the sturdiest version I could think. Now it can walk quite fast without breaking.    -Anton. 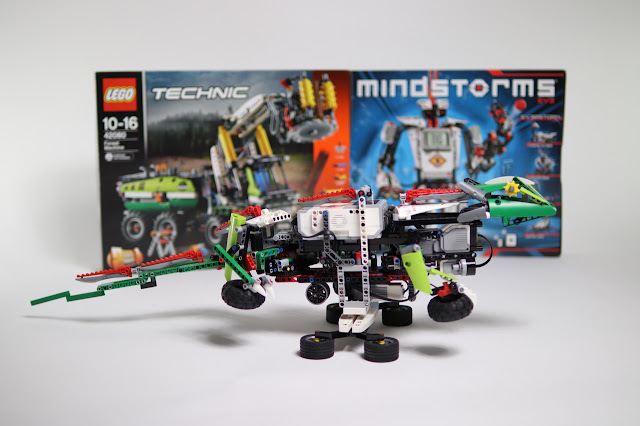 The model contains 711 parts, took 2 hours to design, 40 hours to build and 8 hours to program.