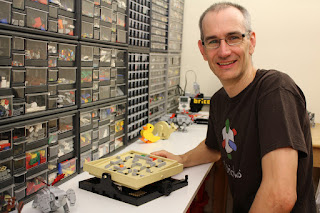 Jason Alleman is well known for his LEGO kinetic sculptures and unique MINDSTORMS models. He has a degree in Engineering, and enjoy building models that have some kind of interesting motion. He is an inspiration to other LEGO builders, not only in terms of his amazing creations, but also in how he shares his creative process. His YouTube channel has over 500,000 subscribers. Most recently, he won the grand prize for the Alexa-MINDSTORMS contest.
He is an avid rock climber, and can often be found at the top of a mountain. Jason once spent a year and a half traveling through North America living out of a car, camping, rock climbing, and hiking.
How did you get started building with LEGO bricks?
I’ve been building on and off since I was a child. I didn’t have a large collection growing up – a few Technic sets, some basic brick and a couple of Classic Space sets – but I was hooked from the start. I was especially fascinated by the mechanical capabilities of the Technic system, and I guess I still am today.
Which project (or projects) are you the most proud of? Why? 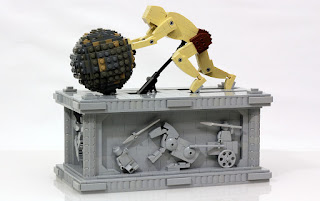 Probably the kinetic sculptures I’ve built. Sisyphus, the galloping horse, clockwork heart, etc. Most LEGO Technic sets have a very distinctive look, but I really enjoy the challenge of combining the engineering aspects of Technic building with brick built style sculpture.
Where do you find inspiration for new projects?
Inspiration comes from everywhere. Watching videos of cool mechanisms, observing the environment around me, seeing other models people have built, etc. I just try to be open to new ideas when they come. 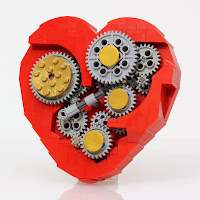 I never know when inspiration will hit and it it often comes out of nowhere, completely by surprise.
How many iterations do you typically go through when you create your projects?
Many. I usually start with a simple prototype capturing the basic motion / functionality / shaping that I want to achieve, then progressively refine it through subsequent models before ending up with the final result. Typically I’ll build between 3 to 5 different prototypes for a model, each more elaborate than the last.
Prototype, prototype, prototype seems to be my modus operandi. 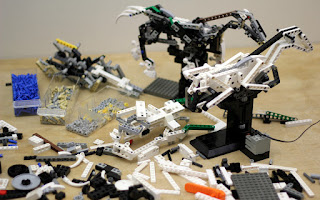 Do you document your creative process? If so, how and why?
I usually don’t do much documentation while I’m building. I have learned never to take apart one prototype before building the next one though.
There is nothing worse than getting something to work the way I want, then taking it apart to build the next version and forgetting how it went together!
I do occasionally photograph the different stages of a model for the same reason. I often make instructions of my models once they are finished though, so I can share them with others, and also so I can rebuild them if I ever have to take them apart.
What role does failure have in your creative process?
When things don’t work as planned, it’s an opportunity to try different approaches and be more creative. I find this is often when the real magic happens, and is also a great opportunity for learning. I’ve encountered many problems while designing models, and abandoned several projects altogether because they just haven’t worked out. I don’t consider any of these ‘failures’ though, because in each case I learned a lot about different mechanisms, building techniques, and what is possible within the LEGO system.
How do you evaluate your success?
I’m very much internally motivated, so I usually count a model as successful if it achieves my initial goals, often before I’ve even finished the final model. Usually, by the final prototype all of the major technical problems have been solved, and all that’s left to do are the finishing touches. At that point I often find it difficult to actually focus on finishing a model. I’m easily distracted by new projects with new problems to solve.
For students who are ready to go beyond the basics, what project would you recommend to get them motivated, without overwhelming them?
I would say, find a subject matter that you are really excited about and try to build something related to that. I always find it’s an interesting and useful exercise to try and reproduce some real-life mechanism using LEGO components.
Don’t be afraid to go outside your comfort zone. There is so much to be learned by pushing your limits.
Which projects and/or builders have most inspired you?
I’m sure I’m not the first to say, Yoshihito Isogawa is a master of mechanical design. 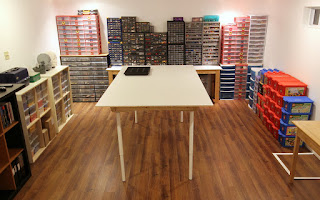 What’s something you’ve always wanted to build that you haven’t got around to yet?
It’s been on my list for a long time to try and build an automated tower-building MINDSTORMS robot. Someday I’ll get around to it.
How do you store all your pieces?
Mostly in drawer units of different sizes, with most of my pieces sorted by type. I also have bins for extra parts and parts I don’t use very frequently.
To see more of Jason’s work, visit his website and YouTube channel.
[The original version of this article was published on LEGO Engineering. It has been updated and reposted here with the author's permission.]