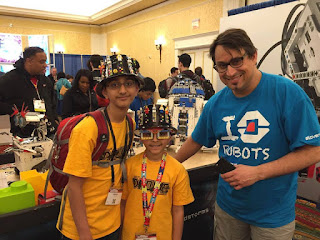 LEGO robotics is a great way to develop creativity and STEM skills in children. In this blog post, we highlight some children who are learning by building and programming robots.
The ROBOTMAK3RS are committed to inspiring and fostering the next generation of inventors, engineers and programmers through our events, workshops and competitions.

Every quarter, we run a community build contest with a theme. Children are permitted to enter. In this article, we highlight the work of some entrants in our last contest as well as work we have seen posted by children across our six ROBOTMAK3R Facebook Groups.

Siddarth Agarwala from Houston, TX started out on a FIRST LEGO League team. Having aged out of the program now, he not only mentors other teams, but is taking his building and programming skills to the next level. Siddarth built this amazing model that combines LEGO MINDSTORMS with Raspberry Pi to play Rock-Paper-Scissors. His project made the top 6 in the ROBOTMAK3RS Game Design Competition in September 2020. Judges were very impressed with the sophistication of his project and how he incorporated multiple platforms into his design.

How it Works: The MINDSTORMS brick randomly chooses between Rock, Paper or Scissors and sends that information to the Raspberry Pi. The Pi uses a speaker to tell the use what the brick chose. The microphone on the Pi records whatever the user says. Since the model uses voice control, the user has to verbalize his or her next move. However, they may chose to physically show their move for fun as well. The Raspberry Pi then compares the input from the user and the output from the MINDSTORMS to determine who wins the round. The results are announced via the speaker. After this, the robot asks the player for a fist bump. The robot returns to its starting position and starts pumping the pneumatics again for the next round. 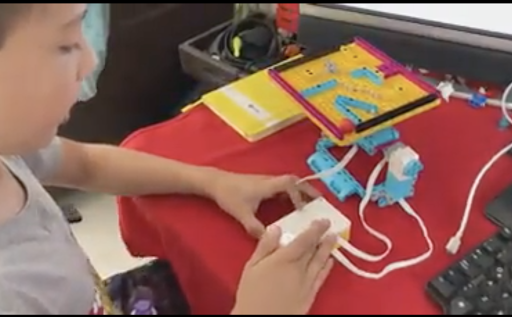 Diego Barreda, an eight-year old from Mexico, is developing his STEM skills using SPIKE Prime. Recently, he built the Labyrinth. It is a maze game controlled by the built-in gyro sensor in the SPIKE Prime Hub. Diego's entry also made top six in the ROBOTMAK3RS Game Design Challenge. The judges were very impressed with Diego's creativity, coding skills and explanations.  Here is a link to Diego's work.

Two young brothers on YouTube are also creating robotics lessons for Spanish-speaking children. These boys are inspiring future engineers with their content on MINDSTORMS. We love their energy and enthusiasm. 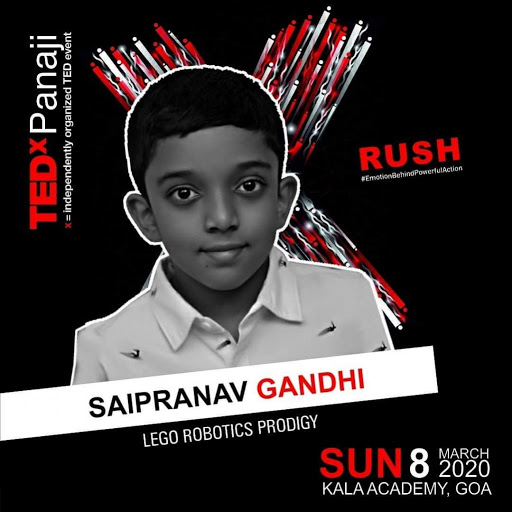 Sai Pranav is a ten-year-old student in Goa, India, using LEGO MINDSTORMS EV3 to learn math and science. You can watch his Ted talk on the impact of using LEGO robots here.
Follow our Facebook Groups and look out for our quarterly contests.