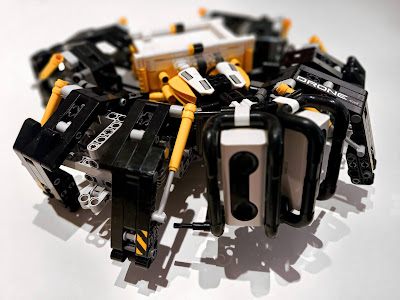 Every quarter, the ROBOTMAK3RS RLOC sponsors a community contest. Last quarter, builders were challenged with the task of creating a pet, a wild animal, or an assistant for the animal.

There were many creative entires including a dog, a snake, an ox and even a reindeer. The winning entry was an Omnispider by Menno Gorter from the Netherlands. 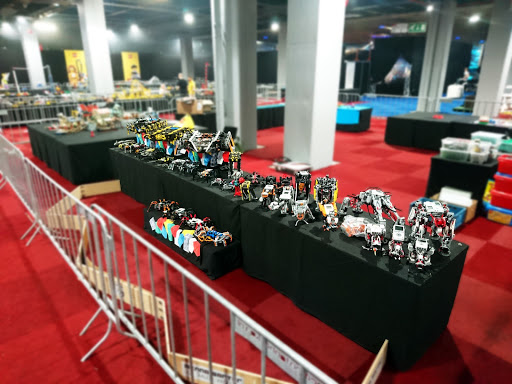 Menno has a long history building with LEGO robotics systems. He is most intrigued by creating movement without wheels. Hence, a large fraction of his work involves clever robots without wheels. The result is a vast collection of insects and various walkers with Menno's unique signature style to them. His work has been featured at various events including LEGO World in the Netherlands and Denmark.

ROBOTMAK3RS RLOC interviewed Menno to learn more about his creative process and learn about how the Omnispider works.

Why did you decide to build this particular model?

It began when the ROBOTMAK3RS challenged the community to make an animal-like robot. Given my history making spiders, I took this opportunity to create a SPIKE Prime spider. The new SPIKE Prime Hub is so much lighter than previous hubs that I thought this was a good opportunity to create a new version of the Omnispider. I have built Omnispiders before. 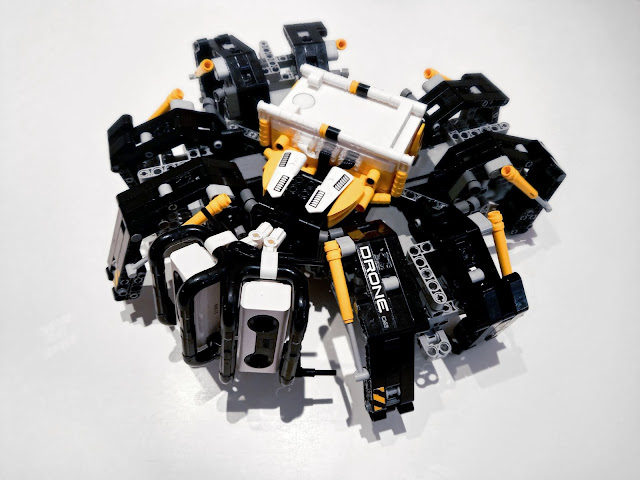 What was your process for creating this model?

I started by experimenting what the best setup would be for a sturdy way to attach the four motors to the hub. Because these were also the strongest and sturdiest parts of the design, everything else is mounted to these five parts. The first prototype took two days to get up and running. Then it took another two days to learn from it and tweak it to create the second prototype. It took another week to fine tune the programming, especially to get the movements of the legs correct.

Besides strengthening the legs to withstand the movement of the spider, the most challenging aspect of the project was giving the Omnispider character. The goal was to give the impression that it is exploring its environment tirelessly. 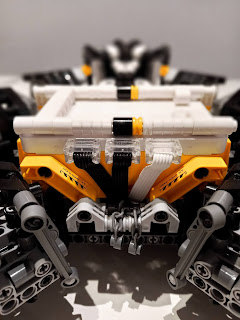 How does your model work?

The Omnispider uses four PowerdUp Large Motors. Each motor drives a pair of legs in a 90-degree angle which allows the robot to move in any desired direction. On top of this, the setup makes an octagonal orientation of the legs possible, which makes the movement much more spider-like. I have also used two Ultrasonic sensors and managed to use one of the Hub buttons as a touch sensor.  The sensors are used by the Omnispider to detect obstacles in its path.

To see the spider in action, see the video on Facebook.

What advice do you have for a young person who wants to build with LEGO robots?

It may sound very simple, but, "never give up"!

You can take a look at Menno's prior work on his YouTube channel and on BrickShelf.